CrewAxis.com was created by Doug Johnson Productions to optimize and manage their own video production workflow. The owner of the company has worked in software development for more than thirty years, and became frustrated by the lack of options for websites designed specifically for multimedia production, so he created his own. 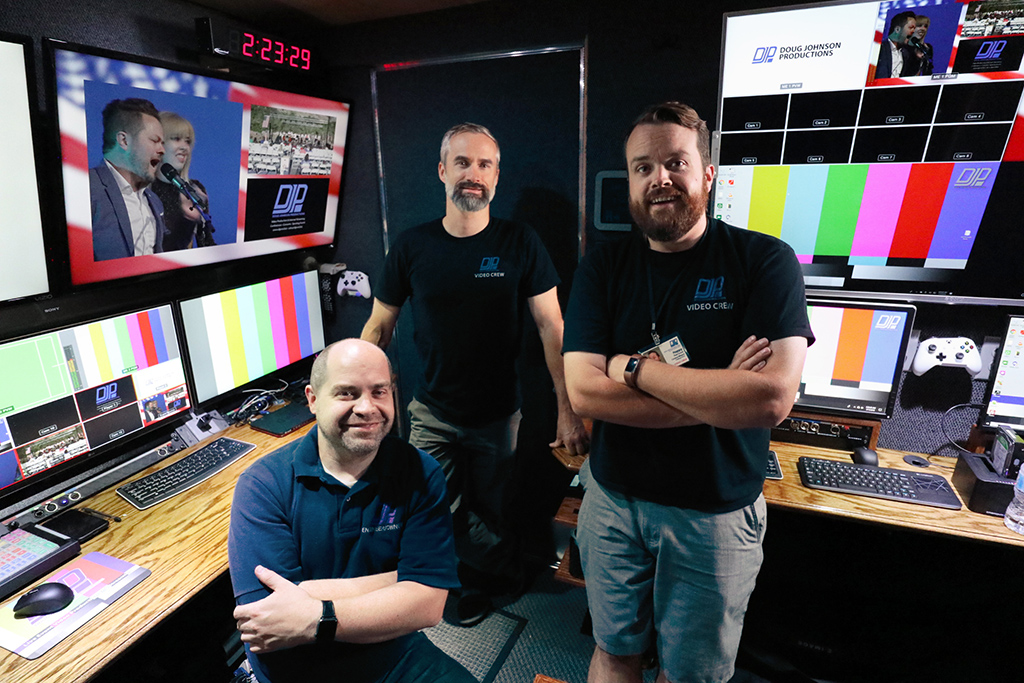 The core crew of DJP: Doug, Dave, and Paul, in the DJP Mobile Production Unit.

Because the site has been created by an industry professional, it solves the problems encountered in the real world -- how to keep track of our events, our crew, and our gear, and to communicate effectively with our teams, and to do so with a minimum of fuss. A lot of the little things that a developer outside the industry would never think of have been addressed and solutions are already included in the site.

The site is ever-evolving too. Because DJP uses the site to produce its own events, when new ideas that can improve the site come up, they're designed, implemented, and tested in actual real-world situations. We also listen to our users and take feedback into very careful consideration. Companies that sign up for the site can expect to see improvements happening quickly and often to make the site more and more valuable all the time. And if you find that there's something missing that you and others in the industry may find useful, make a feature suggestion -- there's a decent chance it will be implemented.

And because Doug has a low tolerance for the sort of games that many sites employ to sign up for options you don't need, they've been avoided here. If you don't find the site useful, cancellation is just a couple clicks away. If you need more (or fewer) features, changing your subscription plan is, again, painless and just a few clicks away. The site is designed to get out of your way and just let you get your work done, while automating as many tasks as it can.